It does not aim to cure the cancer and so lower doses of radiation can be safely used without much in the way of side effects for the patient. The aim of delivering palliative radiation therapy is to control symptoms of a cancer or prevent symptoms from occurring and so giving the patient a better quality of life.

Palliative radiation is not suitable for all types of cancers – it depends on the particular type and the area that the cancer has spread to. Sometimes other treatments such as surgery, chemotherapy, or hormone therapy may be more helpful.

Palliative radiation therapy is used for many different reasons including:

• To treat the symptoms of cancer within the brain

• Shrinking a tumour to relieve pressure or a blockage

Long courses of treatment are generally not required and in most cases patients are treated with as few as 1 or 2 treatments or up to 10 treatments. In situations where patients are frail or live at a distance from the radiation treatment centre or if it is urgent such as large amount of bleeding, or spinal cord compression, the doctors may offer same day treatments.

Before treatment is given, patients will attend the department for a radiotherapy planning session which involve a CT scan and permanent ink markers (‘tattoos’).

This allows the Radiation Oncologist and the team to design a treatment that is tailored to the patients’ body shape, size and the position of the cancer. During the planning session, X-rays or CT scans are performed of the area to be treated. Small tattoo marks are often placed on the skin overlying the area to be treated and these tattoo marks help the staff ensure treatment accuracy.

When the palliative treatment involves the head or neck region, a special plastic mask or ‘shell’ is made at the time of planning to help keep the head very still and in the same position each day for treatment. If you have claustrophobia, please let your radiation team know so that this can be addressed prior to radiation planning. 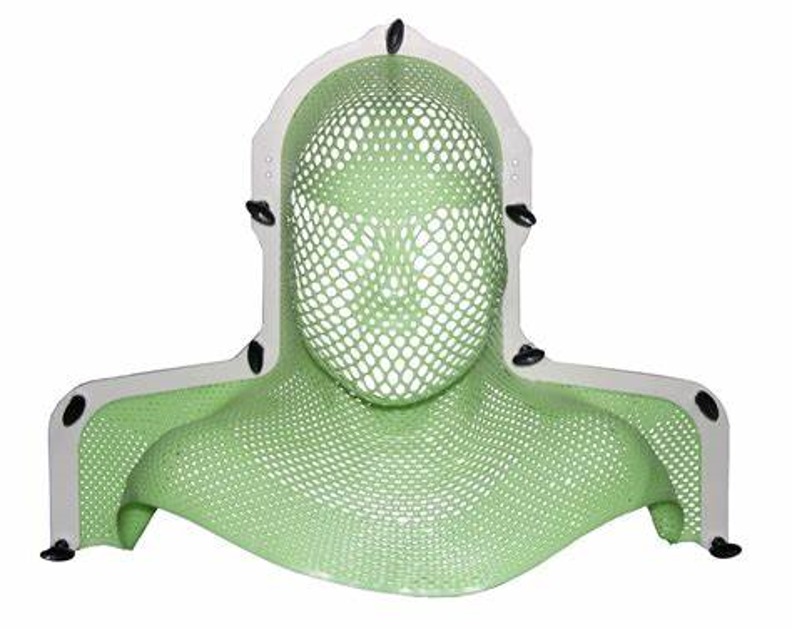 An example of a mask which is used to keep the head very still and in the same position each day for radiation therapy treatment to cancers in the head or neck region.